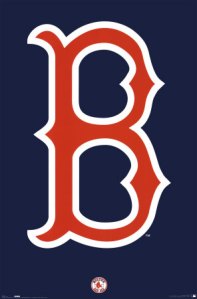 “Is your heart going to be able to handle tonight’s game?”
Good question. After 161 games of baseball, a dismal start (2-12), an unbelievable June through August and a nine game lead in the Wild Card race to start September, the Red Sox are in a game of their life in the last game of the regular season. It comes down to win: they go on, lose: they go home.
The 2011 Red Sox have been a tough team to love. They looked terrific before the start of the season and Sports Illustrated predicted they would be in the World Series (personally I hate that prediction, I think it’s something of a jinx). They had the best starting pitching and a strong bull pen. Theo Epstein pulled off not one but two monster deals with Adrian Gonzalez and Carl Crawford. All the preseason talk was, “How many games over 100 will the Red Sox win?”
Anyone who has been a fan before 2004 knows this is dangerous territory because the Red Sox have a history of crushing their fans in a crucial, brutal manner. There are those who can trace it back to 1918 when Babe Ruth was traded to the Yankees. There are many, many fans who remember (with a post-traumatic stress disorder-like state) 1968, 1975, 1986 and 2003 but all that changed in 2004 with this man at this moment: 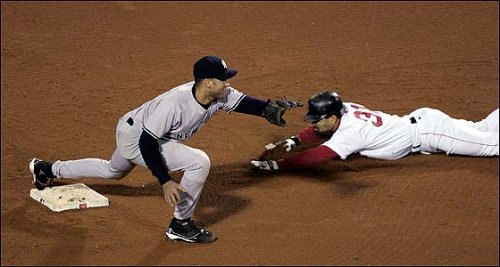 We Red Sox fans are no longer the Tortured Souls of Baseball, that halo belongs to the fans of the Chicago Cubs.
Boston fans have been basking in a winning glow for a great deal of this young century, not just with the Red Sox. We’ve had the Patriots, the Celtics and of course, the Bruins. And with all that winning, the Boston fans went from tortured to reviled for their swagger, annoying accents and sense of entitlement. Hell, we’re almost as bad as Yankee fans.
Yet all that doesn’t make the 2011 Boston Red Sox easy to deal with. It’s been a long, streaky, unpredictable and very frustrating season of huge wins, agonizing losses, tons of injuries and disappointing performances in key players. Their performance in September can be called nothing but a swoon with a 7-19 performance. In the beginning of the month it was like, “Well if they don’t clinch the division, at least they’ll get the wild card.” As the only team (thus far) with 2 World Series titles in the 21st century, who could have imagined this scenario? They are down to the last game of the regular season and fighting for their lives for the chance to play tomorrow. The real question is this: do they really have what it takes to bring anything to the post season?
I want them to win, I really do. But are they the kind of team that could go on if they do? It’s doubtful. I haven’t been able to figure out exactly what I think is wrong (it’s easy to say the injuries, it’s obvious to say the pitching, anyone can say Carl Crawford hasn’t lived up to his monster salary) but it’s more than that and I’ve been looking for something to be the crucial turn to bring them together all season long. This morning I was hoping Lavarnway could be the magic element to bring all the right elements together. That’s a lot to ask of a rookie catcher if Dustin Pedroia, Jacoby Ellsbury, Adrian Gonzalez and David Ortiz haven’t been able to do it all season long.
If things don’t work out tonight, we’ll have all winter to agonize and analyze.